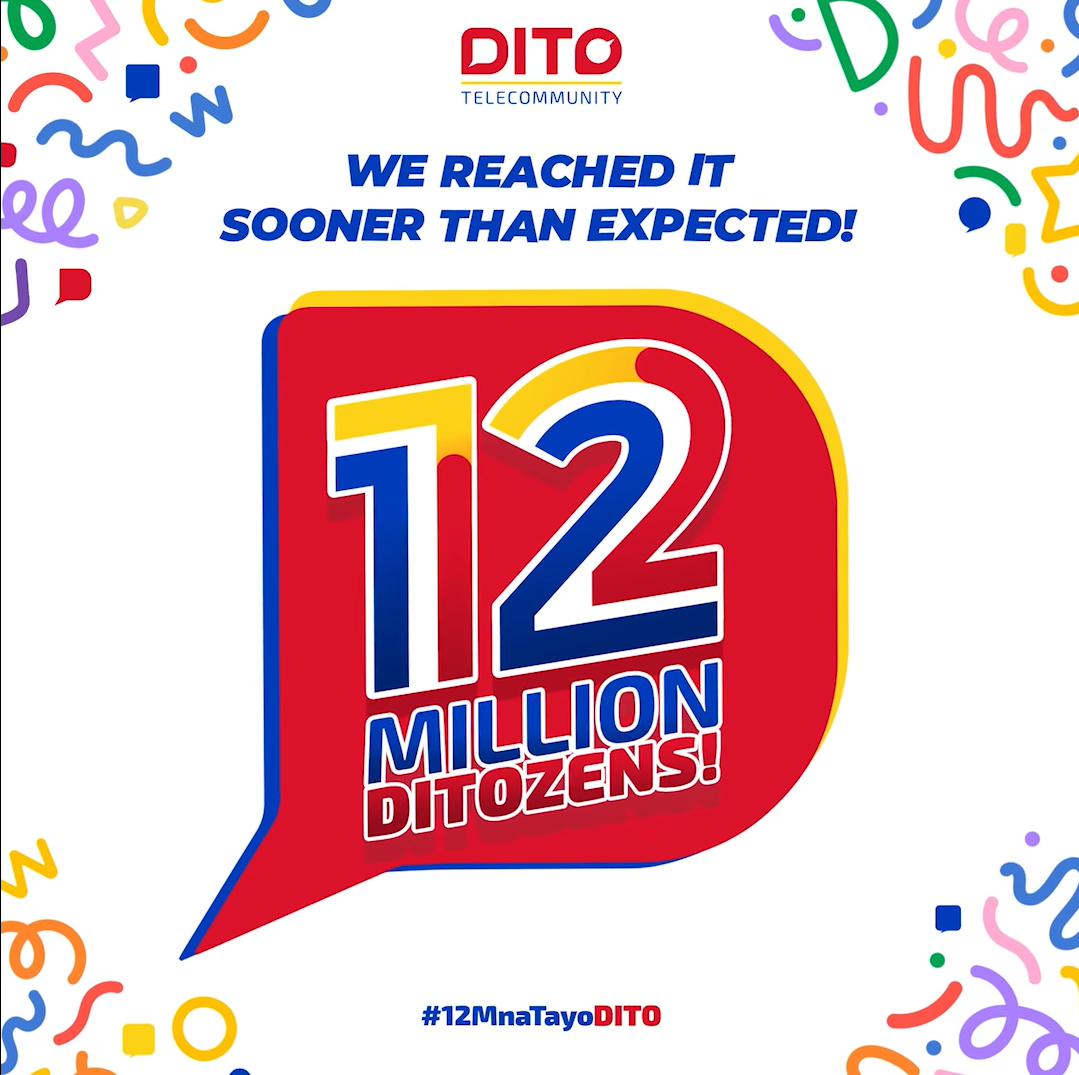 DITO Telecommunity Corp. on Monday said it already hit its year-end target of 12 million subscribers, following the launch of its commercial operations in March 2021.

The company said its subscriber base reached 12 million last Friday, August 26, 2022. It added that it has also boosted its coverage to over 600 cities and municipalities, effectively surpassing its 70% population coverage target.

“Since we started our rollout in 2019, we have been developing our (standalone) 5G network,” Chief Technology Officer Rodolfo Santiago said in an emailed statement.

“Our goal has been to allow Filipinos to experience next-generation technology and we in DITO are excited to bring 5G to more areas in the country to truly transform digital connectivity and online interactions,” he added.

Global internet speed monitoring firm Ookla has described DITO as a market disruptor, saying that the Philippines is a "duopoly no more" as it recognizes the impact that DITO had in triggering dominant players Globe Telecom and PLDT’s Smart Communications to beef up investments to improve their services and keep their subscribers.

DITO is mandated to cover 70% of the population this year as part of commitments to the government when it secured frequencies, license, and franchise as the third major telco player.