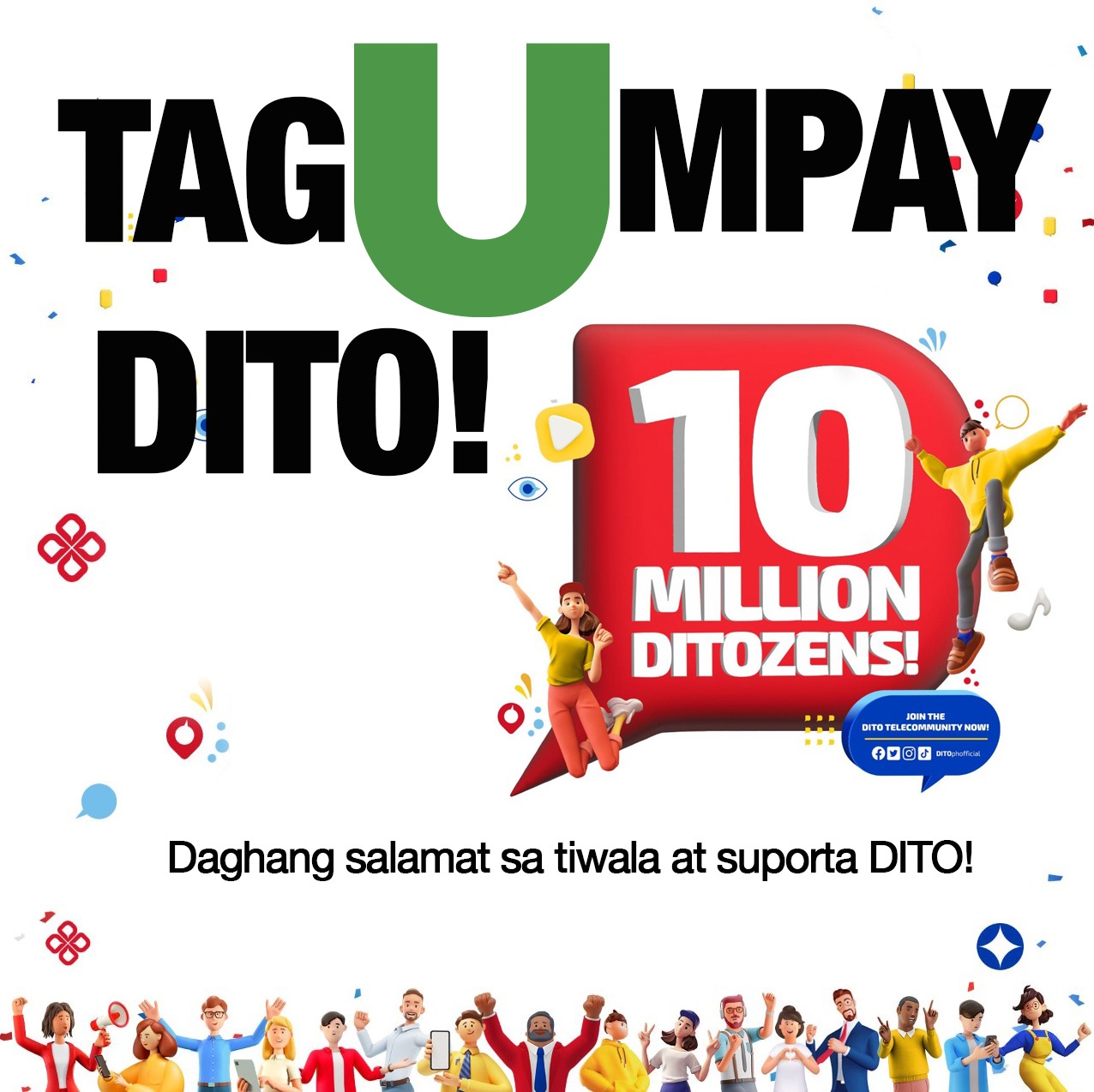 DITO on track to hit 12M subscribers this year

DITO Telecommunity Corp., a venture backed by state-owned China Telecom and Davao businessman Dennis Uy, on Thursday said it had surpassed 10 million subscribers, more than a year after its commercial launch.

At a virtual press briefing, DITO chief administrative officer Adel Tamano said that to date, the telco has hit 10.3 million subscribers, up from only one million in July last year—about four months after it made its services available to the public in March 2021.

"We are slowly getting the market share and starting from a crawl to a walk to a run. Our goal for this year is 12 million," Tamano said.

"With some level of confidence, we will hit the goal by as early as October or by the end of the year at the latest," he added.

Global internet speed monitoring firm Ookla has described DITO as a market disruptor, saying that the Philippines is a "duopoly no more" as it recognizes the impact that DITO had in triggering dominant players Globe Telecom and PLDT’s Smart Communications to beef up investments to improve their services and keep their subscribers.

“With the entry of DITO, the duopoly of telco in the Philippines has been broken. With our entry, we will revolutionize the telco industry and we intend to keep that promise. We now have more than 5,500 towers,” DITO chief technology officer Rodolfo Santiago said.

DITO is mandated to cover 70% of the population this year as part of commitments to the government when it secured frequencies, license, and franchise as the third major telco player.

It is now present in more than 600 cities and municipalities. By the end of the year, DITO is targeting being commercially available in more than 840 areas nationwide. —VBL, GMA News